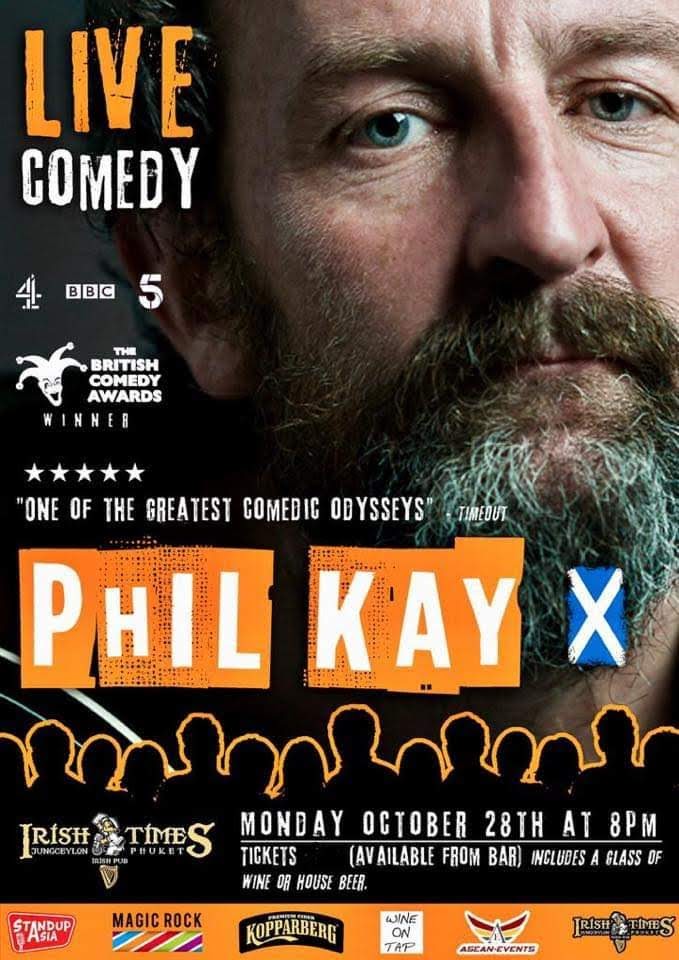 It’s another edition of Comedy Night at the Irish Times Pub Phuket. Scottish multi-award-winning comedy super star, Phil Kay is performing live on October 28 2019. He won BBC’s Best British Stand-up award and Edinburgh’s ‘So You Think You’re Funny’ award. He was also nominated for best comedy show for the world Fringe in 2017. He is wild, chaotic, loose and free. He is Scottish and hairy and he bathes his audiences in a waterfall of comic positivity.

Do not miss this amazing show, tickets are on sale now from the bar for 350 Baht which include a free house beer or a glass of house wine.

The event is finished.